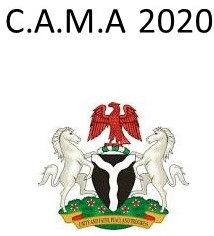 President Muhammadu Buhari signed into law the Companies and Allied Matters Act (CAMA) on August 7, 2020. The new CAMA is Nigeria’s most significant business legislation in three decades and it introduces new provisions that promote ease of doing business and reduces regulatory hurdles.

1. Provision of single-member/shareholder companies – S.18(2) of the new CAMA now makes it possible to establish a private company with only one (1) member or shareholder.

S.98 of the new CAMA: Every company is required under the previous Act to have a common seal, the use of which is to be regulated by the Articles of Association. This amendment is in line with international best practices as most jurisdictions around the world have expunged the requirement from their respective laws.

6. Provision for virtual Annual General Meetings – The new CAMA also provides for remote or virtual general meetings, provided that such meetings are conducted in accordance with the Articles of Association of the company. This will facilitate participation at such meetings from any location within and outside the shores of the country, at minimal costs. This is especially relevant today given the disruptions caused by the Covid-19 pandemic to company operations around the world.

7. Exemption from appointing Auditors – Small companies or any company having a single shareholder are no longer mandated to appoint auditors at the annual general meeting to audit the financial records of the company. S. 402 of the new CAMA provides for the exemption in relation to the audit of accounts in respect of a financial year.

10. Reduction of Filing Fees for Registration of Charges – Under S. 223 (12) of the new Act, the total fees payable to the CAC for filing has been reduced to 0.35% of the value of the charge. This is expected to lead to up to 65% reduction in the associated cost payable under the regime.

11. Merger of Incorporated Trustees – S. 849 of the new Act provides for merger between two or more associations with similar aims and objects under such terms and conditions as may be prescribed by the CAC.

12. Disclosure of persons with significant control in companies – S.119 of the new Act introduces new transparency provision with an obligation for entities to disclose capacity in which shares are held, either as a beneficial owner or as a nominee of an interested person.

13. Restriction on Multiple Directorship in Public Companies – S.307(1) of the Act prohibits a person from being a director in more than five (5) public companies at a time.

14. Business Rescue provisions for Insolvent Companies – The new Act introduces a framework for rescuing a company in distress and to keep it alive as against allowing such entity to become insolvent. Provisions were made with respect to Company Voluntary Arrangements (S.434 to S.442), Administration (S.443 to S.549) and Netting (S.718 to S.721).

15. Enhancement of Minority Shareholder Protection and Engagement – S. 265 (6) restricts firms from appointing a director to hold the office of the Chairman and Chief Executive Officer of a private company.